What did we do over the weekend? Mt. Baldy, the highest mountain the San Gabriel mountain range, that's what. Unfortunately, we didn't summit. But we came close. This was due to circumstances out of our control (some tired feet, exhausted bodies, and some almost gale force, bone-chilling winds).

I did summit Mt. Baldy back in November of 2019, so I mostly onboard as moral support and assistance. While I wasn't tremendously saddened by not making the summit (only a mere half mile away, but sometimes that last half mile seems so much further away!) it would've been nice to make the successful climb a second time. I was promised there would be another attempt at some future date.

Mt. Baldy is no hike in the park, haha. In fact, it's a pretty strenuous hike by almost any measure. Plus we ascended and descending via the Baldy Bowl, the harder way to make the adventure. It's an almost unrelenting 4,100'+ of elevation gain with multiple knee-busting switchbacks and some fairly steep butt burning and often, slippery, climbs. The fact that you are moving from roughly 6,000' to 10,100' adds to the lure, and the exhaustion. 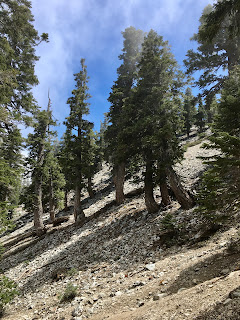 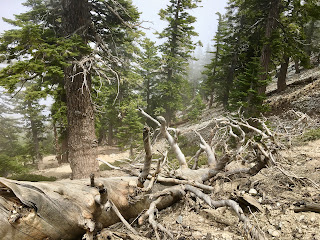 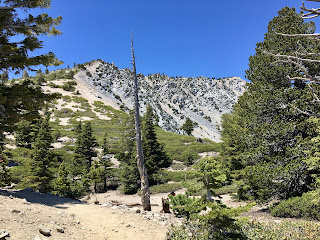 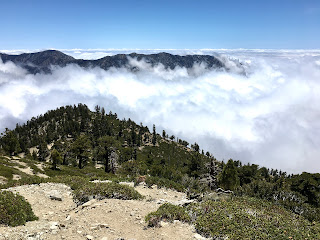 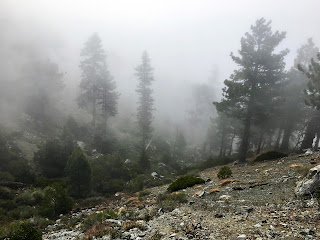 Posted by virtualscottx@gmail.com at 10:26 AM